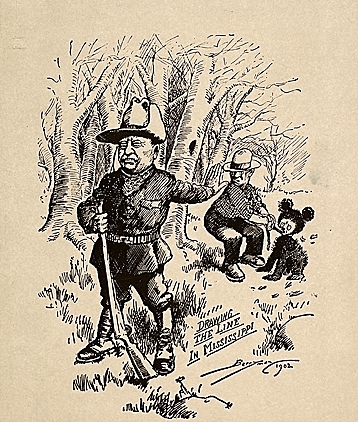 Teddy bears are an iconic childhood toy, but would you believe they've been around for just over a century?

In 1902, while hunting in Louisiana, some in "Teddy's" group cornered and tied up a bear. They then brought Teddy to the bear so he could kill it. Thinking it was unsportsmanlike to kill a tied up bear, Teddy refused. The political cartoonist, Clifford Berryman, illustrated the story and it ran in the Washington post November 16th (two days after the incident).

Eventually Morris secured Teddy Roosevelt's permission to use his nickname, and the bear became popular. Women would carry them around in the same way that some now carry around small dogs. It was even the mascot of Teddy's relection campaign. (Wikipedia)